Thursday en route to a show in Lubbock Texas, the band Shane Smith & The Saints had their bus catch fire.

They quickly pulled over and got everyone out alive but the bus, trailer and all their contents were destroyed by the time the fire department arrived. 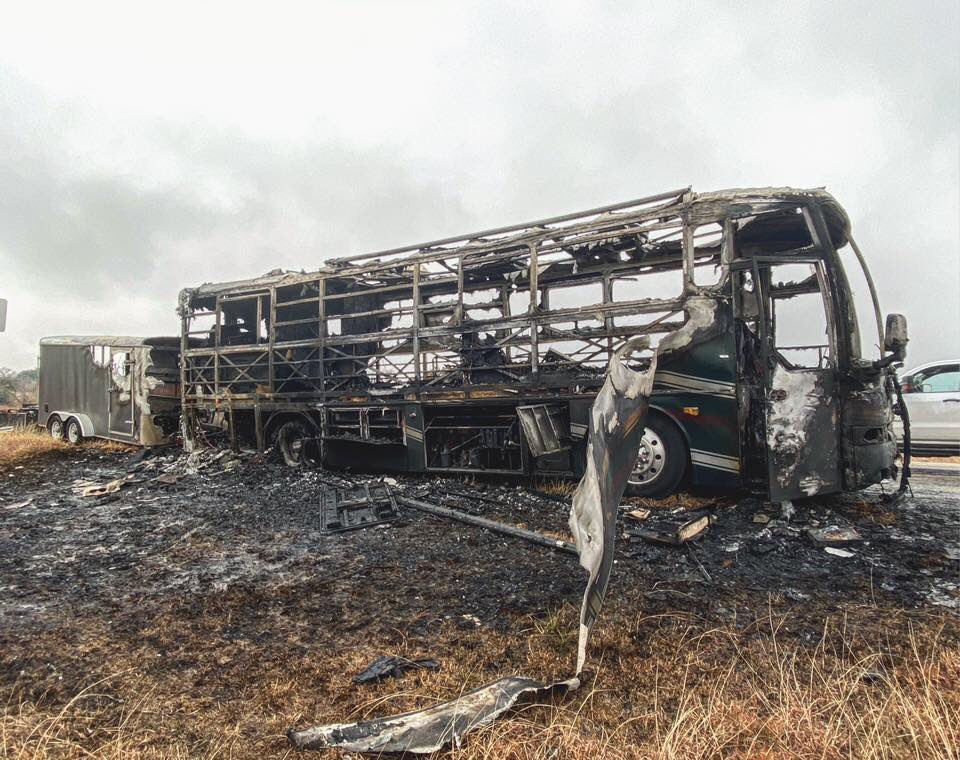 They lost all their instruments, merch and personal belongings.

Then an interesting thing happened…

As soon as the fire was out the members got to work trying to figure out how to honor their commitment to play the show in Lubbock that night. They arranged for transportation to Brownwood Texas where they picked up an RV and lined up borrowed gear for the show that night. Not only did they perform their show that night in Lubbock but they are also keeping all three shows on the books this weekend.

Let that sink in for a minute.

Musicians are pretty much touring nonstop these days so consequently just about everything they own is with them on their bus.

Despite all of their personal items being destroyed the band’s focus was exclusively on someone else… their customers (fans).

You know insurance will take an eternity to reimburse for the damage and a colossal disaster like this can set a band back years as far as opportunities for recording, traveling and marketing go.

And all of this right before Thanksgiving. If that ain’t a kick in the you know whats.

How would you respond if everything you owned went up in flames in a matter of minutes?

Would you be racking your brain and exhausting all your resources to find a ride to work?

If Shane Smith & The Saints were a stock, I’d buy as many shares as possible. To call the sort of customer focus and commitment they possess uncommon would be an understatement to say the least.

That’s what happens when you have a true team. Your members are dedicated to something bigger than themselves. And they focus on what’s next, not what was.

That my friend is the path to Stadium Status, a path blazed by top performers. You would not be reading this if you weren’t after better results. So why not commit to mastering the art of what’s next in your business.

One idea implemented from the resources I’m sharing with you can be enough to spike an additional 10%…. 20%… 30% to your bottom line. And you’d easily recoup your money instantly.