Thursday night after watching the news about what was the deadliest attack on police officers since 9-11, I walked into my children’s rooms. I quietly watched them sleep and wondered what the hell kind of country we are leaving for them.

Friday I was scheduled to march in a parade to support of one of my coaching clients, Representative Nathan Wadsworth. But after hearing Thursday’s news marching in a parade was the last thing I wanted to do. I was depressed that we have soldiers of all races dying for us overseas and we’re killing each other at home.

I was saddened by the happenings of the day before and feeling down about the direction politics, government and society in general are headed. But I took a bit of my own medicine, “acted different than I felt” and went to the parade.

I planned on making the trip there to help Nate and provide emotional support as he kicks off his re-election campaign. I thought I’d help his team, hand out flags to folks, take pictures and pass out candy to the kids lining the sidewalks. I thought I’d be helping them. What I didn’t realize was that Nate, the law enforcement officials, first responders and other participants I met marching in the parade were helping me. 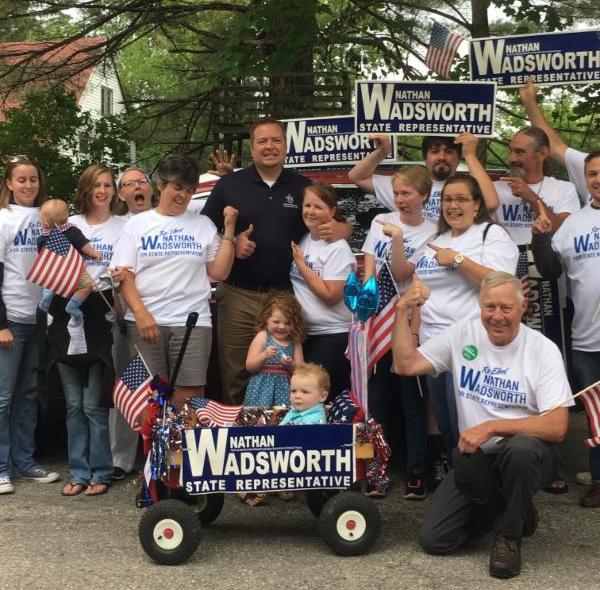 In what has felt to me like a country full of problems, they chose to be part of the solution. They haven’t been sitting on the sidelines, they’ve been in the game. I fed off Nate’s energy; seeing how his constituents needed him, embraced him, thanked him and pledged their support.

Nate didn’t run for office in 2014 to feed his ego or his bank account. He’s a successful real estate investor and if anything his time away from his business serving in the House of Representatives comes at a cost, both in terms of lost income and time away from his wife and kids. Nonetheless, he wanted to make a difference in his community, saw that he could help and rolled up his sleeves.

It’s the same reason first responders, law enforcement and our soldiers choose to put themselves in harm’s way and serve. There’s no glamour or glory, just service above self.

At a time when “we the people” feels like it’s lost its meaning and the United States doesn’t feel very united, I was reminded of the power of service and giving back to the community. One person can make a difference.

I came home inspired. I always go out of my way to thank soldiers and police officers. It feels hollow now though, like it isn’t enough. Because it isn’t. I’ve got to get more involved and do more. What am I going to do? I don’t know exactly what yet but I do know that Facebook comments, hashtags and change.org petitions don’t change anything. Positive actions do. I will find a way to actively be a part of the solution and support the people who put their lives on the line seven days a week to keep us safe. I get to do what I do for a living and if you live in the U.S. you do too because there are soldiers deployed to protect our freedom and police officers here at home keeping us safe.

Friday night I walked in my kids rooms and quietly watched them sleep again with a different set of eyes. I realized that I can’t control what kind of country I leave for my children but through my example I can control what kind of children I leave for my country. I can make a difference in my community and I believe if we each do that “we the people” are all part of the solution and set the tone for the next generation.